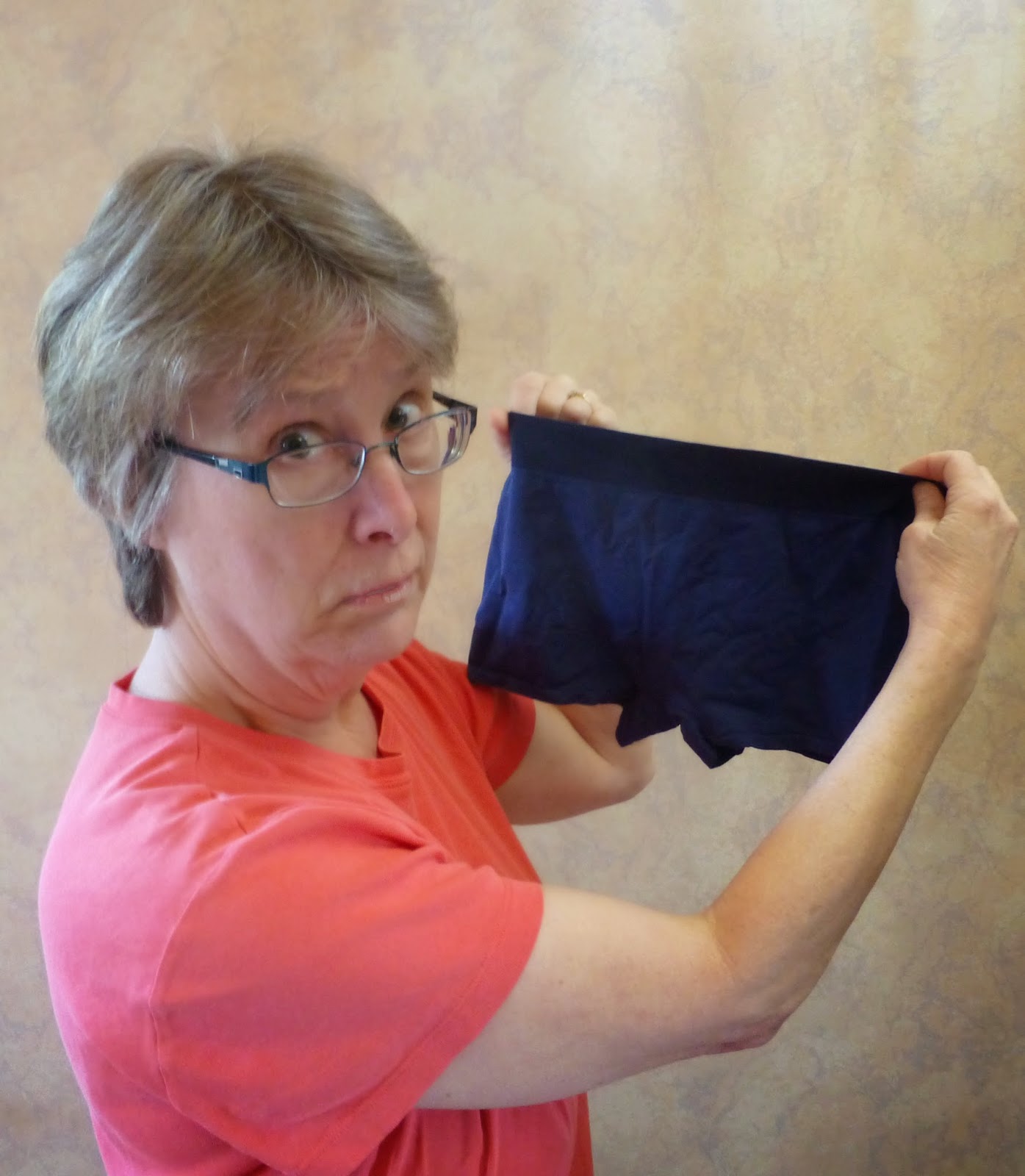 I did my best on International Margaret Day (December 13). That’s the day all good citizens clear out the underpants that are no longer ambulance-worthy from their drawers and replace them with new. I did do a purge. But it’s been a slow process replacing them.

I seem to have come down a size or so since the last great underpants purchase and a lot of the old styles are no longer available. This is uncharted territory. Literally: there are no helpful size charts available in the stores. There are racks of panties with numbers on them, but no explanation of which number refers to what ass. There’s no relationship to dress size, trousers size, or hat size. You’re just supposed to know your underwear size, like you know your favorite color. I decided to try out something in my current number, minus one.

Young women, of course, are more inclined to embrace the thong (although not with their arms). The thong is for women who don’t really like underpants but sort of miss the wedgie. This option was out of the question for me. I know this because my friend Gina once got a gift thong from her daughter. They don’t sell these in the seniors department, but, she thought, what the hell–she went in the bathroom and put it on and looked in the mirror and zzipp took it off. Then she offered it to me. I also tried it on, looked in the mirror, and zzipp took it off. And gave it to Goodwill. That sounds bad, but it’s not. 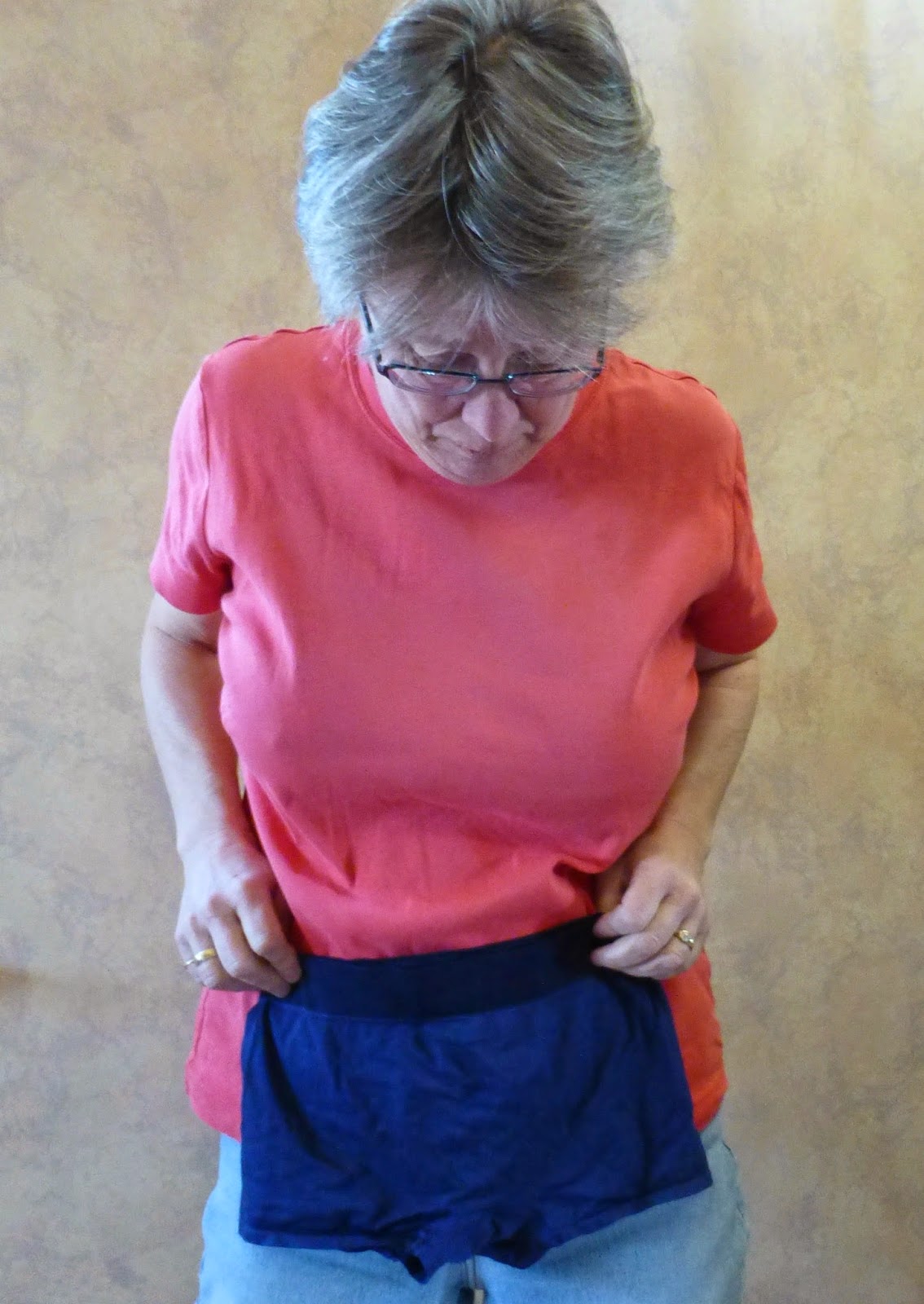 Because the Five Nanosecond Rule totally applies to underwear.

I may be sorry that my old style is no longer a thing, but I have never been truly satisfied with the old style, either. They’re fine, as far as they go–which is a lot farther than the new ones–but they have seams along the sides, plus, for no good reason whatsoever, a tag. I’ve been wearing them inside out for years because I’m kind of a princess about those seams and tags. They’re cotton, of course. We all grew up knowing you had to have cotton, or the feminine hygiene crisis fairy would pay you a visit. And yet, here were racks of non-cotton underpants. I pulled one out.

They looked like they’d be snug on a toddler. Miracle fabric, indeed. Still, the size was theoretically right, and there were no seams or tags. They were advertised as a “boyshort,” which meant they had tiny little inseams–maybe a quarter of an inch–and I took that to mean they might offer a modicum of Coverage, in spite of appearances. I brought them home for a trial. 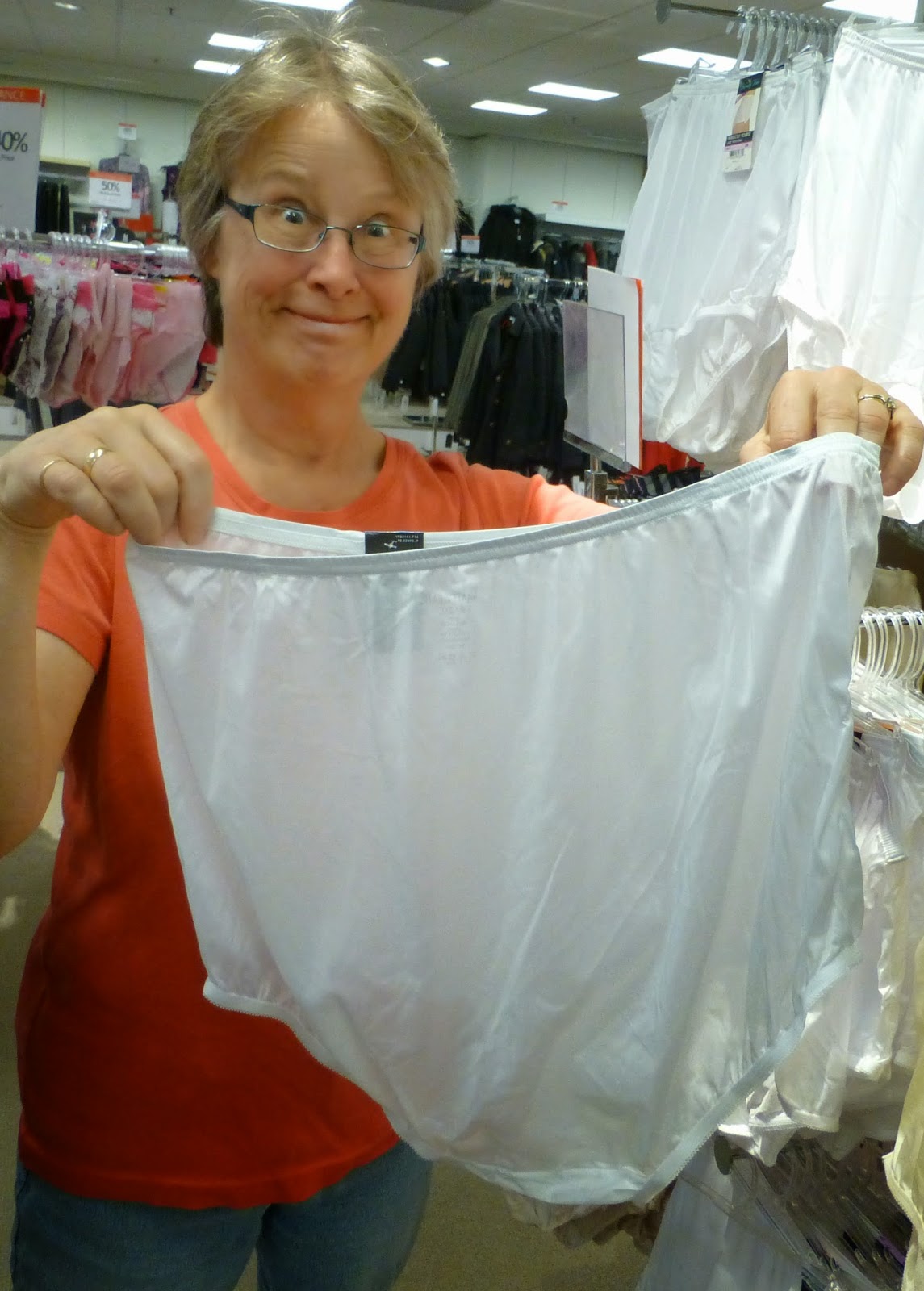 The fabric stretched miraculously. It’s what Jesus would have used if hundreds of people showed up needing underpants and he only had the one. And it was wonderfully comfortable, but the tiny inseams were a bluff. These panties did not even pretend to full Coverage. There was quite a lot of Underage, in fact. The miracle fabric was a solid band marching horizontally across my rear. They were the United States across my North America. But without the Florida. I don’t have a Florida.

I did love the seamless fabric, though. I’m taking a few different styles for a trial run. Some are better than others, but in general I sense a real unwillingness on the part of the manufacturers to even attempt to cover the area in question. Fashions change, I know that, but look: if you want to keep your head warm all winter, you don’t wear a yarmulke.

I stopped to think about just why I need underpants at all. For most of my life, my underpants were a sort of drip pan. They were there mainly to keep the gravy on the plate and off the tablecloth. But I’m old now, and that really cuts down on the gravy. I think I could manage without, and not be unduly burdened come laundry day.

But I’ll probably end up settling on something. You still need something to intervene in case your pants decide to take up spelunking.