What Rhymes With “Bucket?” 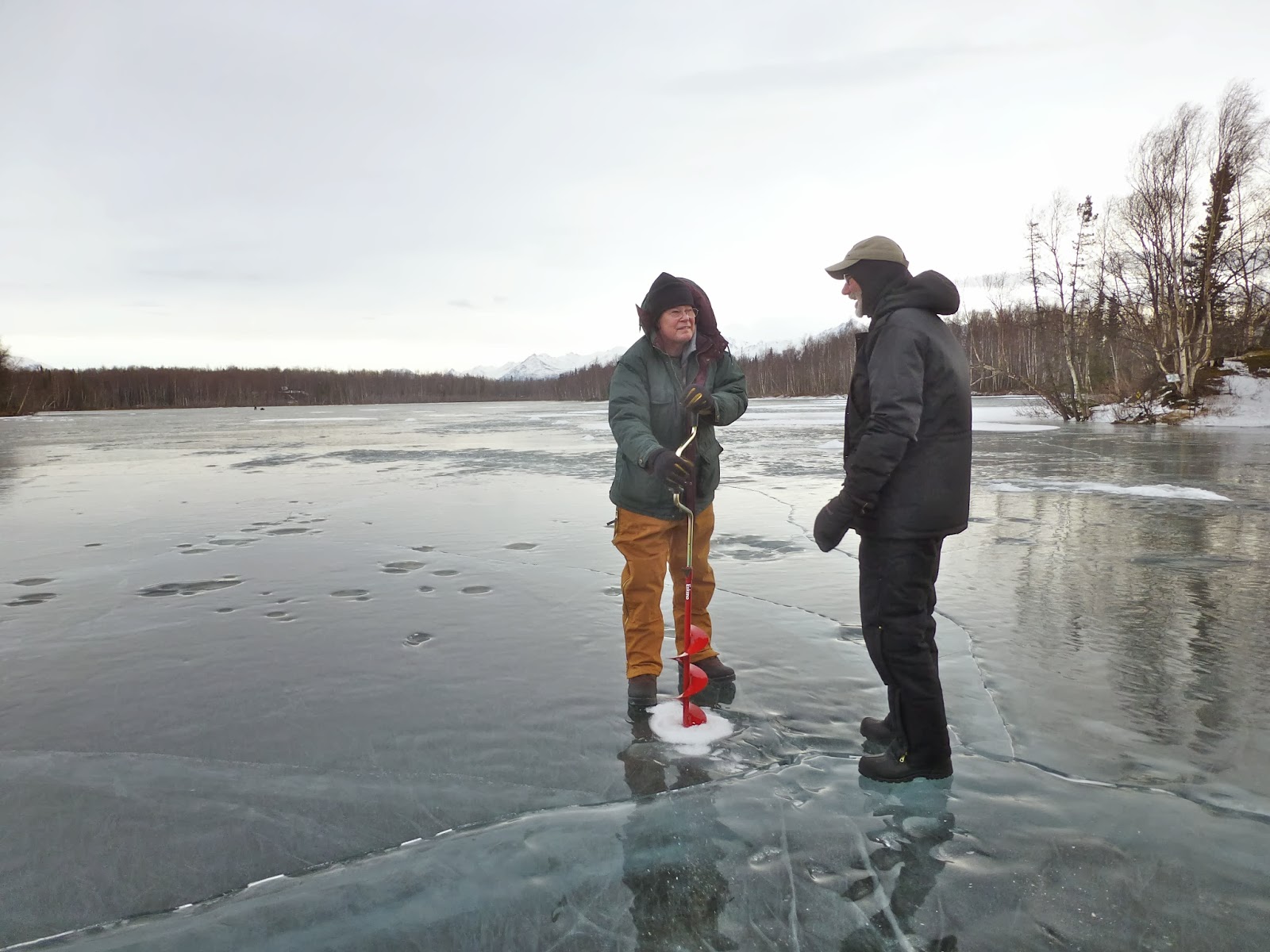 Nothing is clear when you take a blow to the head big enough to knock out all your syntax, but after my thoughts started tracking again, I realized it could have been worse. Lying flat on your back on a frozen lake is actually more comfortable than you’d think. And what if the damage had been permanent?

Lying flat on your back on a frozen lake is actually more comfortable than you’d think. And what if the damage had been permanent?

As Scott recalls it, I was just on my way over to the sled to get the bucket when I flipped over. I was planning to go Bucket Sailing. The wind was strong and the friction was nonexistent and I thought I could get quite a ride if I could catch a bucketful of air. It might not have been the best plan for someone who tips over while putting on her socks. Dave’s seen that. He asks me why I don’t drop the sock when I feel myself tipping over, and the answer is it never occurs to me. I’m not defending this, but it’s the truth. So I imagine if I’d caught enough wind in that bucket, I could have zipped over that lake like God’s own puck doing twelve knots, getting farther and farther away from the boys and yelling help help help help and they would have been hollering drop…the…BUCKET! because they know it wouldn’t have occurred to me. So. For some of us, brain damage is hardly noticeable. 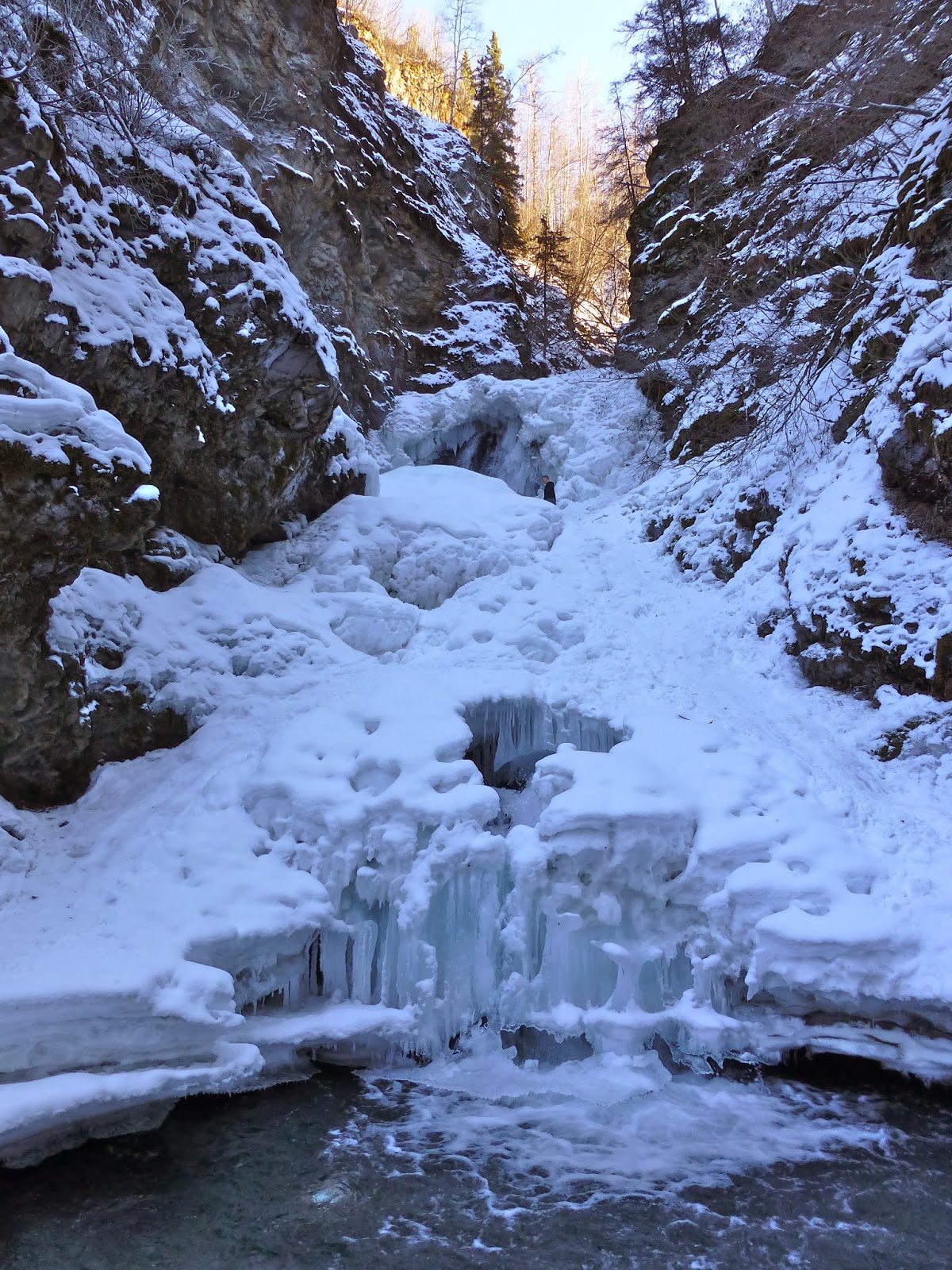 Anyway, one thing about a visit with Scott and Kevin never changes with the scenery. Scott is a chef. He doesn’t know how to not be a chef. Mid-week Dave patted his new paunch and answered the morning breakfast query with “you know, I’d be just fine with a piece of toast and peanut butter,” making a little peanut-butter spreading gesture to demonstrate simplicity, and in a few minutes Scott had saddled the table with toasted home-made rolls and honey and preserves and sturgeon roe and reindeer sausage and cream cheese and a smoked salmon trio (king, sockeye, silver) and trout cheeks and moose nuggets and I think there was a little jar of peanut butter in there too, and all in less time than it takes the sun to climb over the mountainous horizon and scratch its butt.

Speaking of buckets, I didn’t have much left on my Alaska bucket list. I was sort of interested in getting a really good bald eagle photo but the mooses kept getting in the way. We went for a walk in the woods near a frozen lake and came upon a nice set of mooses, and Scott took their measure and began to stalk them, just as though we weren’t in the internet age and hadn’t seen plenty of videos of people being stomped by mooses. But he correctly judged them to be of the benevolent and protective order, and more interested in chomping willow than in stomping us. 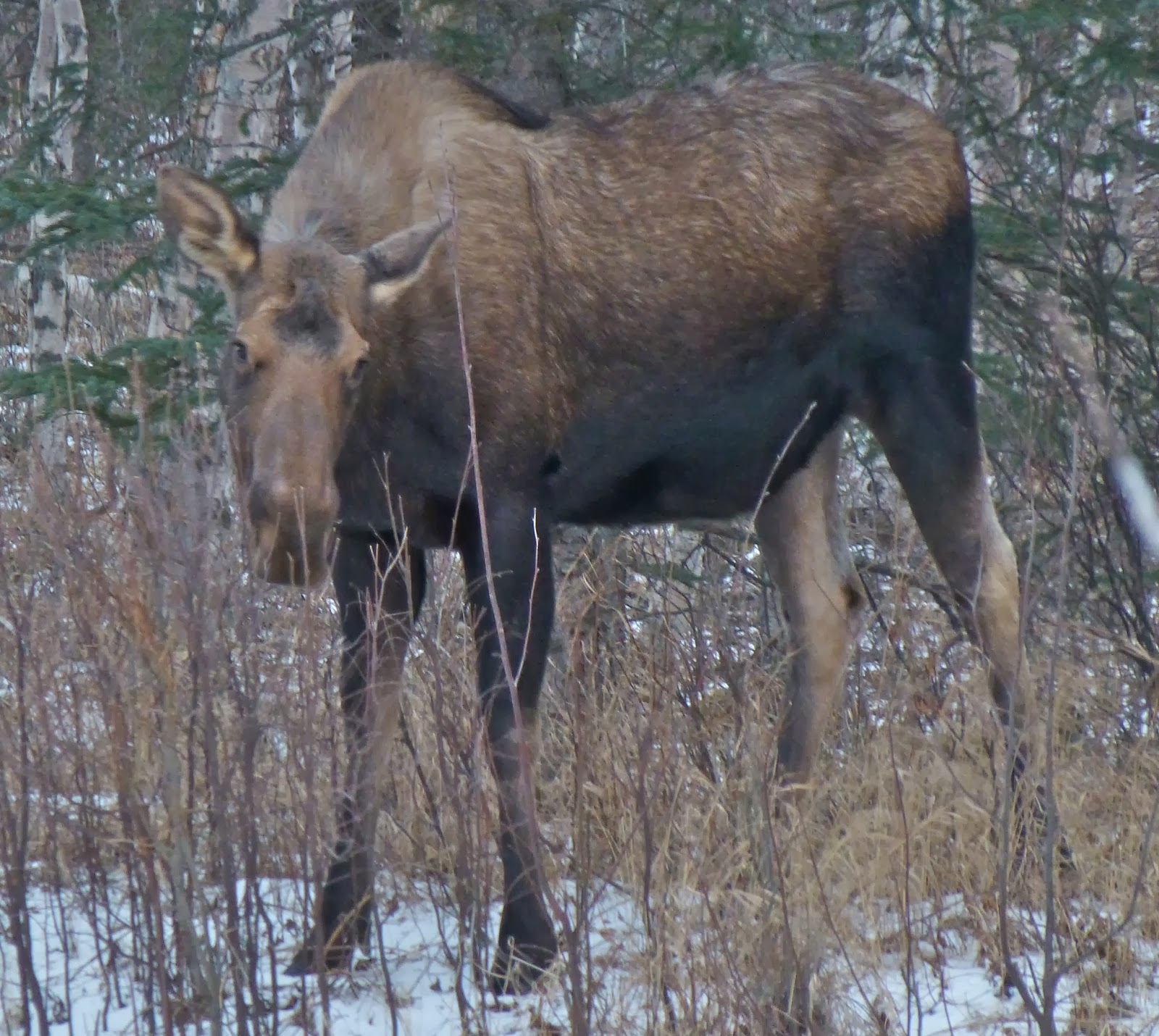 Meanwhile the wind had let up and the temperature had squeaked past freezing and that turned everyone in the state giddy. Scott and Kevin and their neighbors are in the habit of sitting around their fire pits and shooting the breeze nearly every summer evening, and the breath of spring was upon them all. Blazes lit up the taxiway all down the block. It was tube tops and whiskey and tall tales right down the line, while I pulled a chair up as close to the pit as I could get in my Nanook suit without bursting into flame. It was a jolly time. By the evening’s end we had recruited an official Watch Neighbor with a northern window and a spot of insomnia, and prevailed upon her to bang on our window if the northern lights showed up. And sure enough, just past midnight, the window was banging and the dog was going off and the northern lights were going on, and we lurched into the night in our coats and pajamas and watched the mountains toss a green scarf across the sky. 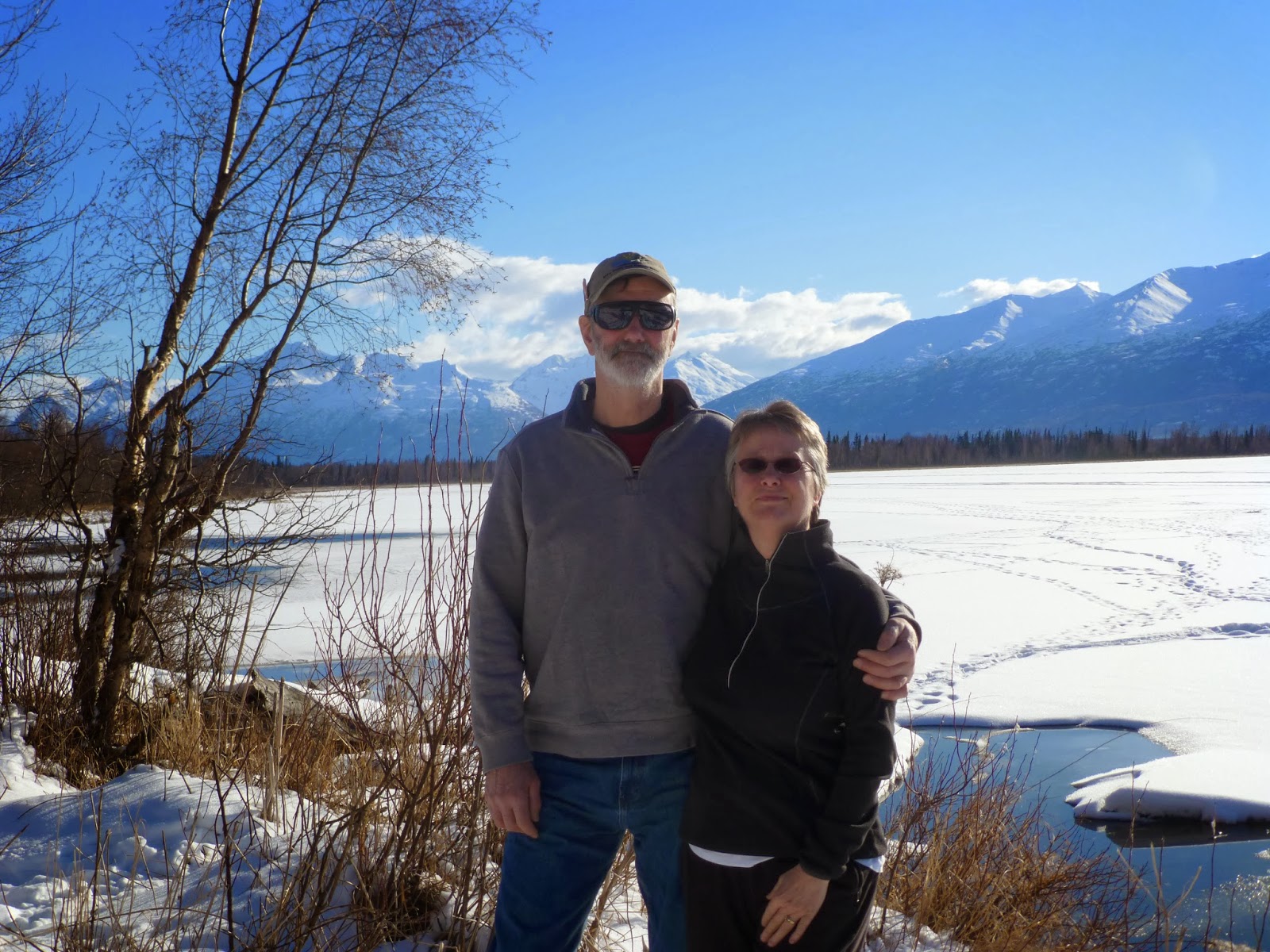 Alaska is beautiful. Damn slippery in spots, but beautiful.