What To Do With Your Old Goat 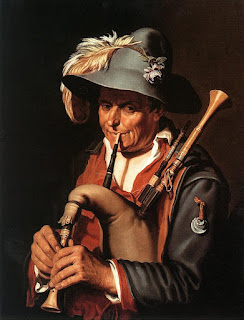 It is sad, but true, that several people have died from bagpipes, and some of them weren’t even listening to them at the time.

Bagpipes strike many people as a strange and unlikely invention, but they are not. In fact, just as Life inevitably combobulates itself in the right conditions, bagpipes were always going to happen. The beta versions hark all the way back thousands of years, when bored goatherds sat around whittling sticks and listening to bloated carcasses make wheezy noises as they deflated. And one thing led, as it so often does, to another. 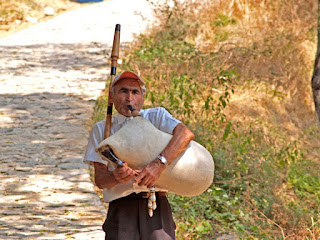 “Hey, you know,” says the first bored goat guy, “if we gutted and boned these suckers and jammed some pipes into the leg holes, we could really make some noise.” And Goat Guy #2 says “Dude, and if we keep blowing air into the goat, we could keep it going!” And the third goat guy says “We could totally hang a flute down from the neck hole and play a tune at the same time.” And the last guy says “Shit, boys. If you did all that and added one more pipe, you could all blow it out the ass.” But he was grumpy and always bringing everybody down and no one paid any attention to him. Instead they sewed the butthole up all neat and puckery, and the fabled “sixth pipe” lived on only as a regional vulgarity. Modern bagpipers have never even considered the possibility of the butthole drone.

So for many hundreds of years, people blew into goat guts and cow flaps and surplus dogs tucked under their armpits and never suffered any ill consequences other than murder. That was before Bagpipe Lung. 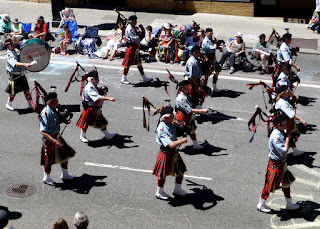 Bagpipe Lung is a much greater threat today because most modern bagpipes are made out of Gore-Tex. In the old days, even the most soiled piper could blow an old goat for only so many hours before getting the willies, at which time he subjected the whole apparatus to a good rinse. But nowadays, most of the bagpipes don’t need to be cleaned as often. Unfortunately, that leads to bad hygiene habits, and some people don’t bother cleaning their instruments at all, even though they’ve basically been snotting into an old raincoat for years. These are the conditions that encourage fungal growths, and before you know it, it’s spore-city for the pipers’ lungs. Inch by inch the bagpiper’s epithelial tissue is replaced by tiny mushrooms and eventually the musician keels over dead, although his beloved bag continues to wheeze on post-mortem.

That’s what I want when I die. Do not send in the harpist. Too ethereal. Give me a solid drone with a goat sack, and make sure he’s got a kilt.