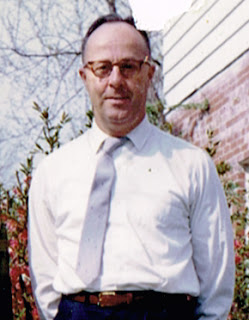 One of the cool things about the olden days was that if someone told you what he did for a living, you knew what it was. You had your butcher, your baker, your candlestick-maker. Occupations started to get more obscure when I was a kid and now it’s all out of control. I have no idea what anyone’s doing.

When I was growing up in the humid shadow of the nation’s capital, if anyone asked me what my daddy did, I said “he works for the government.” Everyone else in my class did, too. There would be a few whose dads were in the military and their kids knew their ranks and stuff. The rest of us really didn’t have a clue, nor did we much care. Daddy went off in the bus at seven and as long as he came home in time to carve the meatloaf and dish up the green bean bake, that was all we needed to know. There’s evidence that I didn’t even know everything my mom did, even though she did it right there at home. At least, by the time I’d gone to college, it would appear I believed in laundry fairies.

When I got into my teenage years I knew enough to say “my father is a statistician for the Veterans’ Administration.” Sometimes I’d say “mathematician” because it sounded smarter. But still, to this day, I do not know exactly what he did every day when the bus dumped him off in D.C. There’s something about people being dead and gone that makes you suddenly way more curious about them than you were when they were around to answer questions.

I did not contribute to the general obfuscation about jobs. I was a mailman. Everyone knows just what that is. Most people think it’s sort of cute.

But now someone can tell me what she does for a living and I’m right back to being clueless. You ask a young person today what she does and she gives you her job title, sometimes a job description, and then she might follow up with a snappy, self-deprecating bon mot. My friend Munny, for example, is an Associate Consultant at Pivot Leadership. “I’m the associate consultant responsible for program implementation from project pitch through program delivery,” she’ll explain.

All I know from that is that candlesticks are not involved. “I support operations for the grommet synchrony module,” she might as well have said, adding, with a chuckle, “basically, I’m a spanky grommet flapper.” And everyone in the room smiles and nods and someone remarks that you can’t swing a dead cat around here without smacking a spanky grommet flapper. Merriment ensues. Someone eventually notices my blank look and wonders if I need to have the explanation drawn on my forehead with a crayon.

I used to stick letters through holes in people’s houses. That’s right. Ask me what a letter is all you want, kids–I’m not telling.