What’s Not To Lek 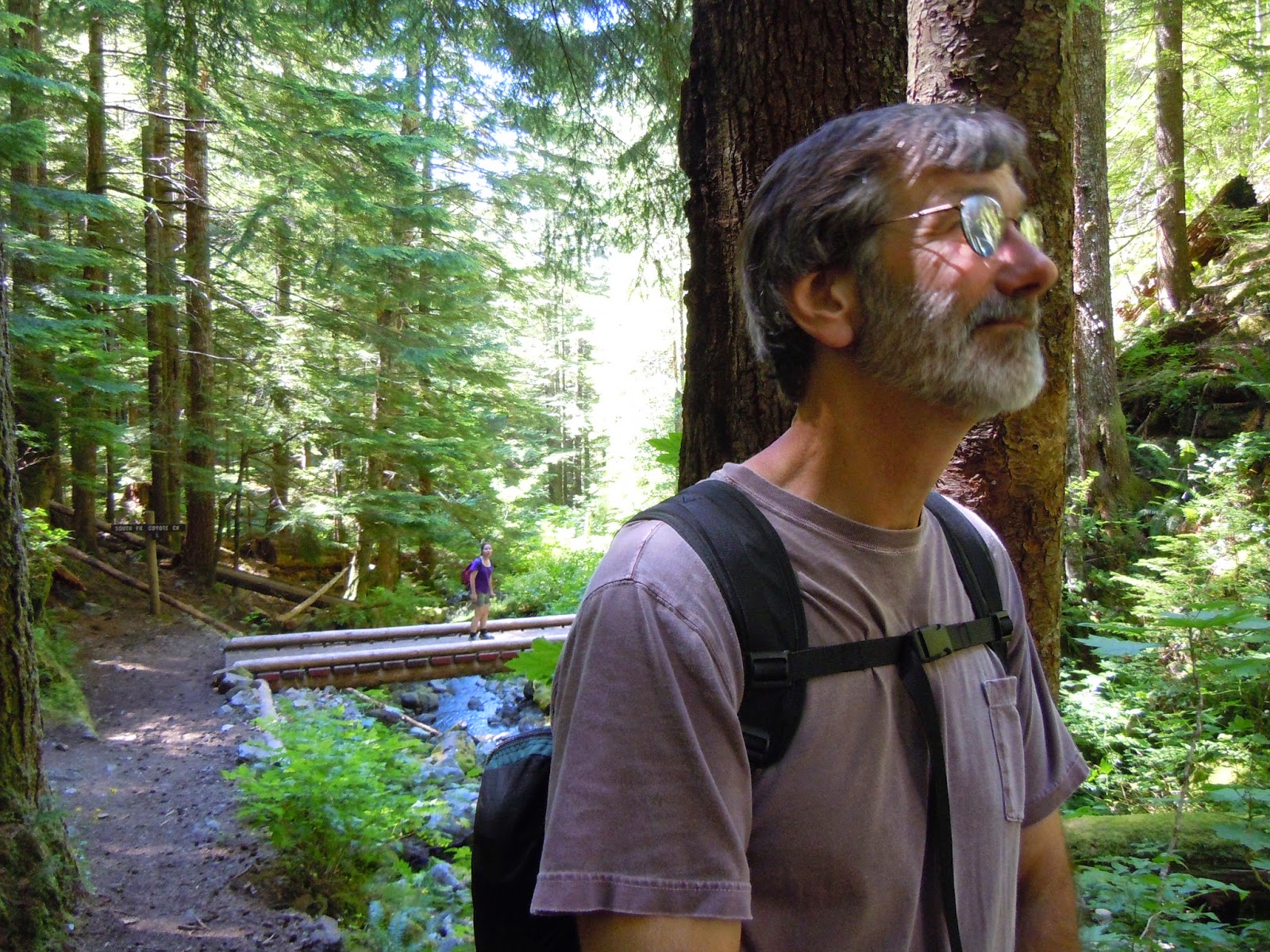 Dave isn’t ordinarily much of a joiner, but he joined a lek last spring, and now we’re just waiting to get the membership card in the mail. We were headed up Flag Mountain (named for the way you feel on the uphill side) and we both heard drumming. Very, very low drumming. “You can hear that?” I said. “And yet you can’t seem to hear me half the time I ask you something?”

He’s a polite guy, and so he drummed back. In proper pitch, and to perfection. After a moment, they were going back and forth like new-age warrior men on a spiritual quest. Dave’s idea, to the degree he was not being driven by instinct, was to get the drummer close enough to see. In those parts it was likely to be a male Sooty Grouse. The grouse, on the other hand, was, according to the literature, more interested in seeing a female grouse than in seeing Dave. 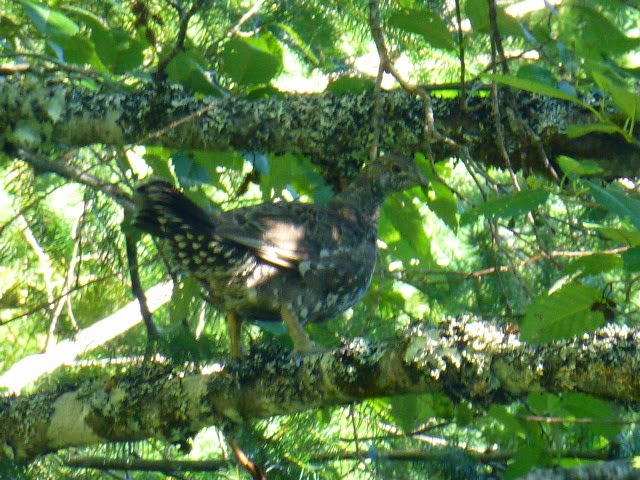 All sorts of odd noises are likely to come out of Dave at any time and some of them he engineers on purpose. He is percussive to a fault–to a fault, I say. The fingers are going, the feet are going, random objects are pressed into service. He’ll drum on the counter. Drum on the crockery. Drum on the open door of the refrigerator,  where he will not begin looking for whatever is in there until all the cold air is out and the solo is complete.


It’s been a few years since I objected to any of this. His response was crisp. “It’s either this,” he said, “or I start smoking again.” So our kitchen has a back beat. It’s just one of those things. I excel at torpidity. Dave must have everything going at once or there will be a dangerous buildup of something. We don’t want to find out what. 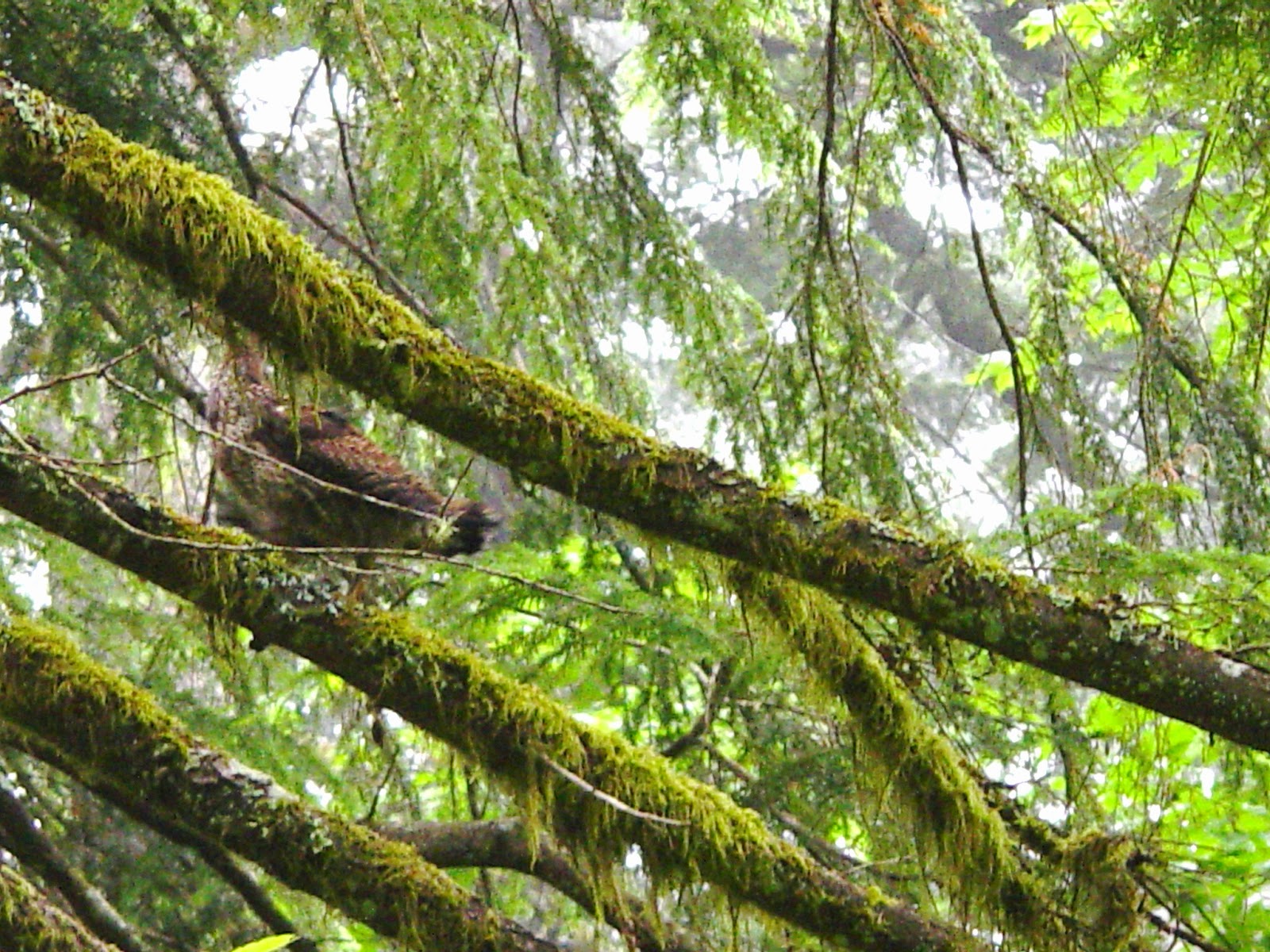 The lek is a loose association of males–birds, antelope–who are all in the flirtation business. They are mighty impressive. Some species that form leks need to be in visual contact so they can check each other out. Others just need to be in hearing distance. The deal is they all put on a show and the females pop by and cruise the possibilities until they make a selection. It’s less wear and tear on the females that way; it’s hitting the bar on Ladies’ Night instead of going through the whole internet dating scene. Hard to say if this was all their idea. Lots of male birds court their mates by feeding them. The grouse just show off. The females hang out and eat as many bugs as they can find for themselves, because nobody’s buying at this bar, and then it’s just “oh, okay, you then,” and off they go.

It’s a damn good show, though. The grouse makes the drumming sound by inflating fancy air sacs on his neck, precisely the way Dave does it, only he does it taller. Dave was unable to draw out the other grouse, and we did not get to see the show. It was a good hike anyway. Miles later, we found our way back to the cabin and there, in the periphery, what did we see?–the suggestion of slatey feathers sifting through the woods–giggling, shifting, sly glances sliding our way, a coy tail feather swept to one side–well, we should have seen it coming. Dave’s the complete package. He even attracts bugs.

Murrmurrs Bonus: here’s eighteen seconds of your life you’ll never get back again: