When God Gives You Big Buboes 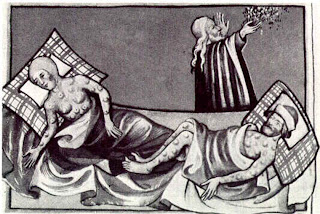 I’m working on a lawsuit against the Catholic Church. It’s going to be a class-action kind of thing, in case you want to get in on the ground floor. Most of us should be eligible, but special dispensation, as it were, could be in the works if you have ever personally had a bubo, which is a swelling, typically in the groin area, that you didn’t engineer yourself.

This is occasioned by a few recent news items, particularly the case of the man in Crook County, Oregon, who has spent the summer battling a nasty case of the bubonic plague. It always startles me when someone comes down with The Plague. The Plague always seems so plural. It seems like you shouldn’t be able to have the plague without a lot of company, like, for instance, Europe. For one single guy to have The Plague sounds as odd to me as someone going down to the bakery to pick up a loaf of Kansas. Nevertheless, The Plague is what he got. You can tell by the buboes. 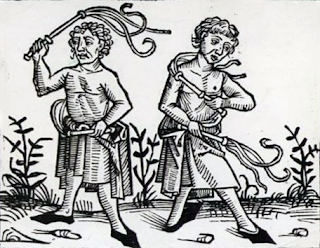 Whenever there has been a plague in the past, people tended to believe it was God punishing them for their sins. Back in the middle ages, a bunch of folks called the Flagellants smote themselves with sticks and whips and what-have-you to punish themselves for their sins before God could get around to it. It’s weak. It’s like the little kid caught with his hand in the cookie jar who runs off to sit himself in the corner. He’s trying to head off Mom, who’s going to give him a lot worse.

An earlier epidemic of what might have been The Plague managed to peel off about a fifth of the population of the world, proving that if God had been trying to punish the sinners, he didn’t get them all. But people persist in that correlation. They take this kind of thing very personally. A guy gets the plague, and next thing you know people are lining up trying to get God’s finger on the thing. Either he’s being punished by God, or it’s God who’s going to save him. Because God is merciful and really prefers his handiwork to perish later after decades of wasting and dementia. 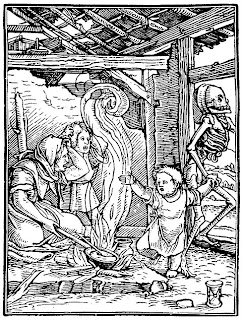 And so this fellow in Crook County was treated with massive antibiotics and his heart was resuscitated and tubes were running in and out of him and in general he was being held back from the grave by the very finest in medical attention, but he never really turned it around until the priest came in and made the sign of the cross on his forehead, hands, and feet, and then lo! He started to improve. It’s a miracle, his family says. He is still recovering, with his Certificate Of Baptism on his nightstand, in case St. Peter doesn’t keep good records.

I’m not really buying it, anyway. God didn’t make the plague to punish us. God is a lot bigger than that, or so they say. He is the god of us, cats, rats, and fleas. And also the bacterium Yersinia pestis. That’s a lot of constituencies. It ain’t always about us. 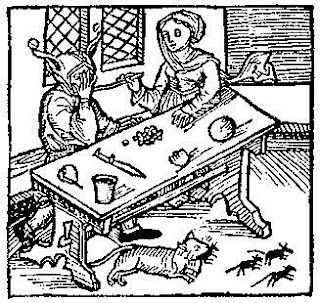 I wonder if the priests could cure narcissism?