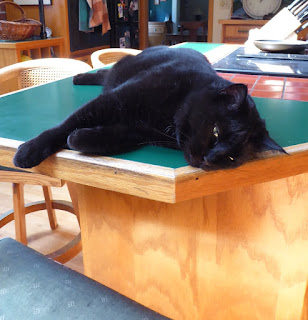 Maybe you heard about our heat wave here in Portland. We were in for a good three days of temperatures in the mid-hundreds, followed by a cooling-off into the merely obnoxious nineties. The forecasters had this horror in their sights over a week ago and the local news was all over it, breathlessly spewing out strategies and warnings. The first and most important bit of advice was to begin panicking early so as to save time later. After that came earnest tips such as “try to stay cool” and “stay out of the heat” and “check on the elderly,” many of whom were otherwise expected to sit and rotate quietly until they were evenly browned. In spite of this, no one has yet checked up on me, but one of the benefits of being elderly is that I grew up without air conditioning and I have skills.

The first day, it got up to 106, although on account of the breeze it only felt like 102, assuming you are in a quickie mart at the time, draped over the popsicle chest. Our house has so far remained in the eighties. We have our routines of opening up the place at night and exhausting the air with window fans, and shutting everything up and pulling the drapes in the morning. Tater, as a member in good standing of this household, has her routine too. First she goes to the hottest part of the house and sits in the sun, plugging herself in like a rechargeable battery. When she has accumulated the maximum survivable amount of thermal units, she wanders methodically through every other room in the house in order to radiate heatness into it, and ultimately beaches herself on the kitchen counter, where she puddles out to platter size and slowly turns into paste.

It takes a few days of this in a row to really get this place up to pork-roast temperature, but I remain on the alert for the smell of cracklin’s, at which point I will find the nearest popsicle chest and make a nuisance of myself until I’m booted out. Then I guess I’ll go to the basement. The basement is always the coolest part of the house. Science has shown this is because of the cooling effect of the spiders, all of whom are massively cool. 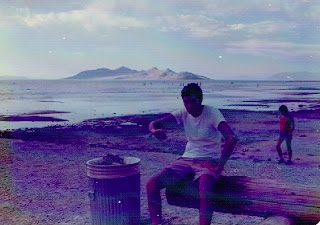 So, not so bad. At least, not as bad as the hottest day I ever experienced. It was July 1976, and it was 115 degrees in Salt Lake City. We were passing through on a bicycle trip. Fortunately, we were going downhill at the time, so it could have been worse–and it was, the next day, when it plummeted to 110 degrees and we decided to cross the Bonneville Salt Flats with a pint of water each, because our mothers were not there to stop us. Science has shown that the Salt Flats were formed over many years as dull-witted bicyclists passed through in a state in which they were no longer capable of perspiration, and had begun to flake out into a salty powder instead. This layer plinks off and settles to the ground, eventually forming a thick, flat surface. This does take a long time but there isn’t a scientist in the world who will tell you that the salt flats were built in a day, and there’s no shortage of dull-witted cyclists. Because of the complete lack of lumps in the landscape, scientists further surmise that deceased bicyclists turn entirely into salt and blow away. 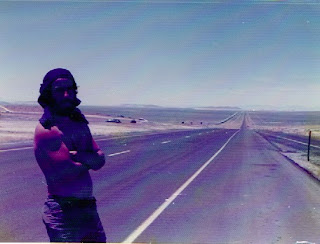 Anyway, good news. After suggesting we might get as high as 113 degrees, the forecasters have revised the temperatures downward somewhat because British Columbia is on fire and a fortuitous wind has blown smoke in from the north. In similarly good news, I plan to stay warm this winter by slaying a cow and climbing inside its carcass.

We remain doughty and stout of heart. Thanks to all of you for your concern; we are especially grateful for the kind words of sympathy coming out of the Phoenix area (“Grow up, bitches”).