Whisperers Of The Wild 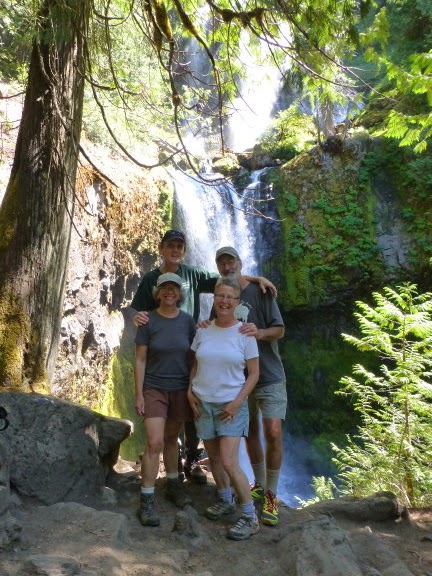 When Walter and Linda come to your house for a hiking vacation, you not only have the company of two of your greatest treasures: there’s more. Walter is a tamer of wild technology and will surreptitiously go around fixing things you’ve suffered with for months, and things you weren’t aware were broken, and, in some cases, things that haven’t even been invented yet. And all those things will suddenly run smoother in a way you’ll probably put down to random cosmic kindness or the vicissitudes of the magnetic field or something, but it’s really Walter.

Linda, of course, is the original magnetic field, and attracts everything you’ve ever wanted. Linda claims a bedroom and before long Pootie has snuck under the covers. Tater the cat hears the creak of her bedspring and vaults out of my sheets to tunnel into hers. Dave and Walter at least think about it. 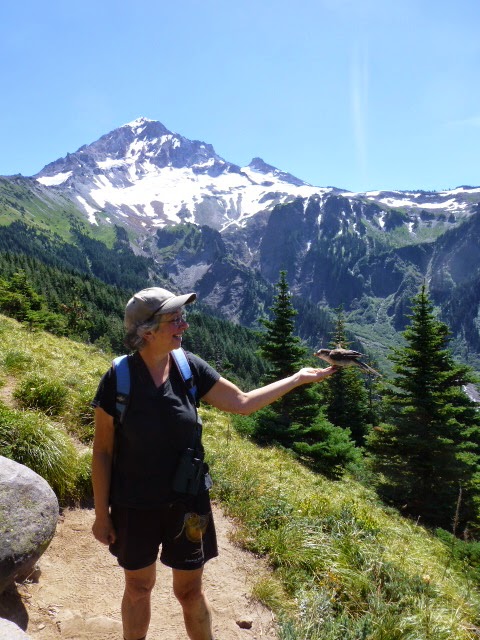 And, of course, Linda will find you a bear, or a pika, or a murmuration of starlings, or anything else you have a hankering for. It’s not just that she sits and waits quietly until the forest melts her a critter. It’s that, like Pootie and Tater and everyone else, the critters are drawn to her. So I had high expectations. What would I order up? Well, in spite of their vaunted ubiquity around here, I have never seen a wild river otter. I thought I might have once, a fast brown parabola in the rushing stream, but I was never sure. So that would be a nice start.

Six hours after we picked her up from the airport, Linda produced an otter. “That’s a nutria,” I said, a little disappointed in her.

“Not that–just over the nutria’s shoulder, on the bank,” she pointed, as a sleek and unmistakable silhouette turned her way in salute, and rippled into the undergrowth. 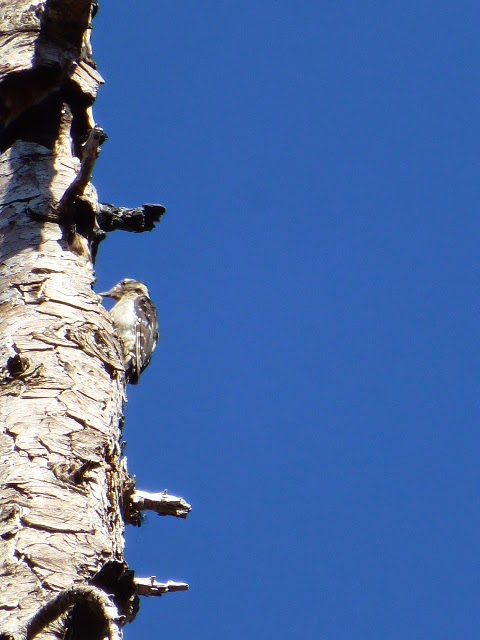 We’ll ignore the hummingbirds that unfailingly try to drill into Linda’s left ear, looking for the source of sweetness. That’s old hat by now. We can gloss over the bear tracks she found on the beach, and set aside the whale spouting out of season, the meteors, and the slug fornication. Surely, if there really is a secret in the mossy dark of the Pacific Northwest, we can put Linda’s talents to a more singular test. See what she is really made of.

Well, the girl’s no good with secrets. She doesn’t have any of her own, and, lacking guile and deceit, might be careless with someone else’s. This doesn’t bother me. But there’s always a smile on tap in that face of hers, sure as shine on water. It’s never submerged for long, and then it otters up again. It’s powerful. There might well be a secret in it. 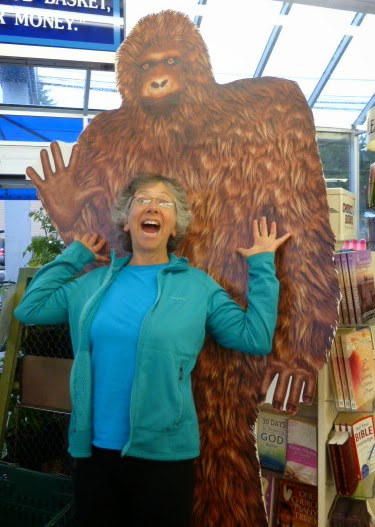 If Linda, rising as usual at dawn and venturing out barefoot in a nightshirt, has already shared a conversation and her morning coffee with Sasquatch, we’ll only be able to guess it by her grin.