Well, it’s winter. The hiking possibilities on Mt. Hood aren’t the same as in summer. But we decided we might be able to pop up to Mirror Lake and Tom Dick and Harry Mountain. The trail is so short and scenic, and thus crowded, that we rarely take it in the summer. But in March, especially since we’re in winter shape (a shape defined by large, soft, comfortable clothes), it sounded nice.

Last time Dave went up to Mirror Lake in the winter, there was an incident. I won’t go into any details of the incident, except to note that snowshoes were involved, and someone had to take a dump. Actually, everybody who knows about the incident thinks it’s wildly funny and they’ve thought so since it happened. Dave has thought it was funny for a much shorter length of time.

The point is if you do go to Mirror Lake in the wintertime, there will be snow. Lots of it. There will always be snow.

Not last week, though. It looked like there hadn’t been any snow all winter. Dave and I waltzed up to Mirror Lake and continued on up another 965 feet to Tom Dick and Harry Mountain, overlooking the lake, in our sneakers. On some maps it’s just Tom Dick Mountain; you can’t always count on Harry. Dave and I have had either the flu or pneumonia (depending on which of us you’re worried about) and our lungs still aren’t quite up to their previous bounciness, and a six mile out-and-back seemed like a good enough start to the mountain hiking season. Which usually starts much later.

The next day we felt up to a longer hike and thought: let’s go up the Paradise Park trail and see how far we get before we’re bogged down in snow. That trail starts near the bottom of the mountain, where we should expect to be in at least two or three feet of snow right now, and ends at the Timberline Trail, the one that goes around Mt. Hood at an average elevation of about 6000 feet. We got all the way there. We climbed about 3000 feet and encountered only a couple snowflake accumulations that looked more like doilies than snow banks. Oh boy! We get to hike the alpine areas all year! Oh shit.

This is not what we want to do. We’re fine with slogging around in the low elevations in the wintertime while our beautiful neighborhood mountain packs on its winter coat, as it is meant to do. Just a few years ago someone discovered some ice caves on Mt. Hood: turquoise cathedrals beneath the glaciers.  There was a lot of melting observed at the time, and whispers about the demise of the glaciers, and their ice caves, in our lifetime.

I’m not sure they’re still there.

Here’s the thing: everything we love about living here has to do with water. We are inundated with 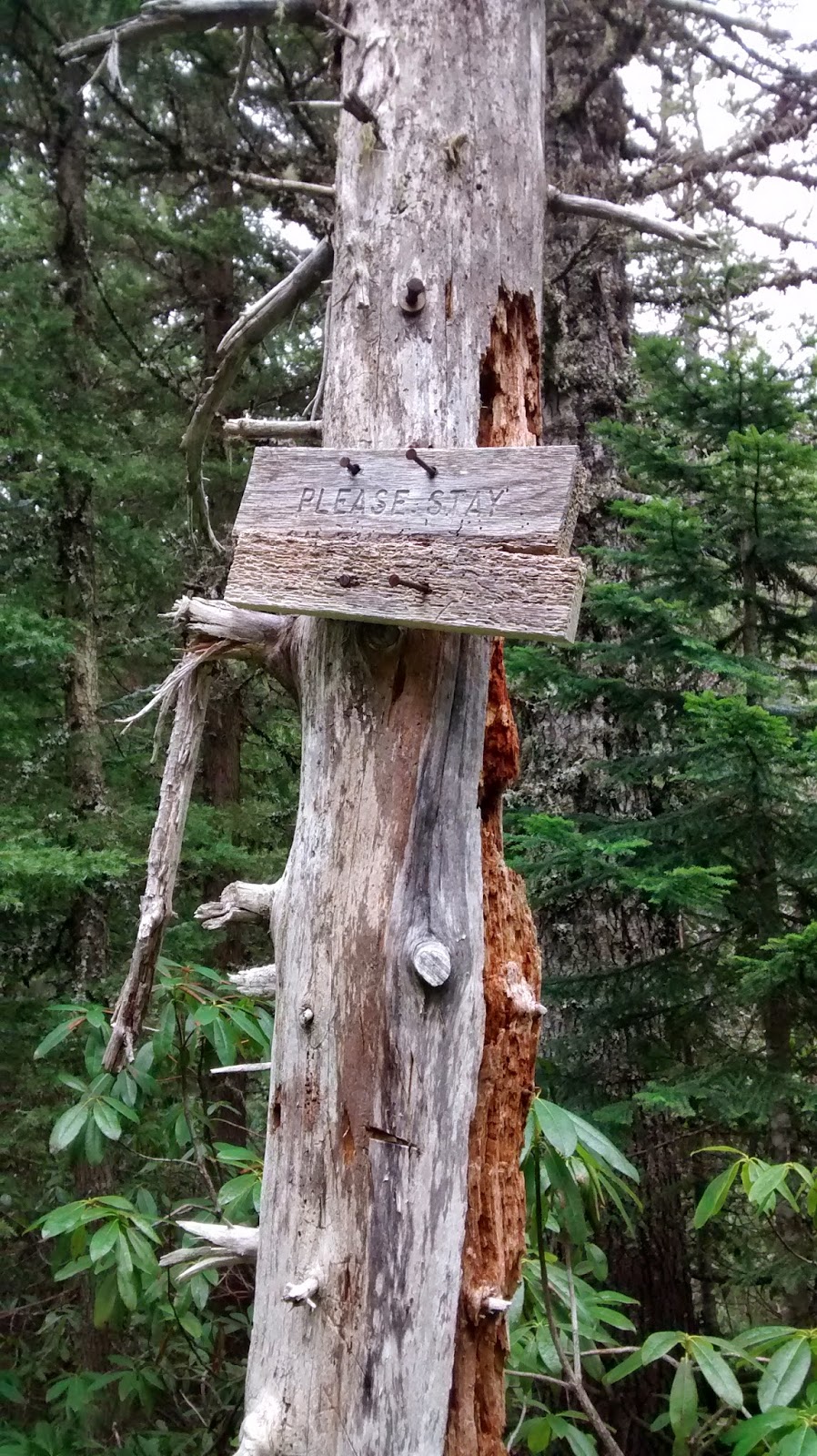 green. Moss defines us. Ferns slouch from our city trees. Those of us who are up to climbing 5000 feet in the summer will be able to find a snow bank even in August that we can twirl our beer in if we’re so inclined, and some of us are. Water. It’s a miracle substance. The damn stuff falls from the sky. We know how lucky we are.

Were. We have had some water this winter, but we’ve also had sunny days on end, approaching 70 degrees, since the middle of February. It’s been pleasant in a way that feels false and dangerous. We’re supposed to be stacking up snow on our mountain to trickle on us later. The little rainfall we’ve had has been too warm to crystallize and has barely blessed the slopes. Now, standing at the timberline elevation of Mt. Hood in our damn sneakers and gazing up, we see a volcano bereft, its crown of snow a mere beret, trailing sparse tendrils. It looks like a comb-over.

Don’t know where it all is. Where does our weather go on vacation? A bunch of it is in New England, apparently, where they don’t have a volcano to stack it up on, and when it melts it’s going to do nobody any good. In fact, it will be spectacularly bad. Didn’t California used to have a little water? Didn’t Texas used to store some fossil water underground? Didn’t the sled dogs in Alaska used to run on snow? Didn’t the mighty Colorado River used to go all the way to the  ocean instead of petering out into a pile of spit?