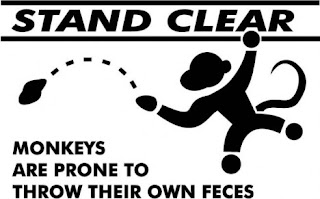 Citizens of Toronto are on the alert for a band of pickpockets who distract their victims by strafing them with fecal matter. The perpetrators work in concert, one flinging poo, one pointing out the flung poo, and one executing the robbery, and presumably all share the profits, although I should think that the one in charge of collecting ammunition might rate a bonus. Underpaid employees of Forensics have confirmed the fecal matter to be human. Which brings two observations to mind. One: Evolution is not all it’s cracked up to be. Two: at least they’re not using the fake stuff. 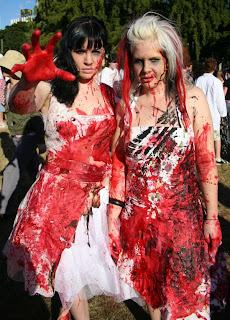 There is a disturbing trend towards the use of phony bodily humors and something really should be done before it gets out of hand. Faux poo, vomit and blood are still mainly used in the novelty industry, and the mock mucus market is still in its infancy, being mostly confined to a single storefront in Pittsburgh. (Its product, “I-Can’t-Believe-It’s-Not-Booger,” has remained stuck on the shelves, and the proprietor blames slow sales on the economy. He rigorously denies that his product is illegal. “That blows,” he told reporters recently. “It’s not,” he is believed to have added.)
The most egregious use of fake humors is the trade in false bile, truckloads of which are off-loaded to the Republican National Committee daily, which resolutely defends its use. “We have way too much legislation to thwart to be limited to authentic indignation,” a spokesman said.
But the fake fluid most alarming in its implications, for my money, is the thriving market in false urine. Perhaps I take this a bit too personally, but Dave’s and my entire lifestyle is built on a foundation of genuine American pee. 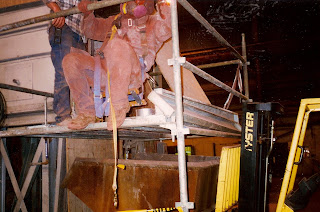 Dave recently retired from a career as a refractory hod carrier, a position that frequently required him to work long shifts in boilers so hot that the wheelbarrow tire would explode and the plank it was running on would catch fire. Workers were sealed up in these areas and given a gallon of water an hour and let out only after their juices ran clear when they were poked with a fork. It’s not a job for everybody, but union wages did attract a small number of men to sign up. Then, in the eighties, drug screening tests became routine. Of the tiny subset of humans willing to do Dave’s kind of work, an astonishing number at any given time were lacking their driver’s licenses or their freedom, and although many could still pass urine, far fewer could pass a urine test. Dave might have been among these except for his foresight in developing a broad and diversified portfolio of vices, so it was a simple matter of re-balancing these and presto–full employment for Dave. “Crap,” the foreman would say, “we’ll be needing a dozen drug-free guys for the Hoffman job,” and our phone would ring, and Dave would join a small group of other men who were probably sleeping it off when they got the call.
Ultimately, it was not his stellar work ethic, his stamina, his strength, or his willingness to endure pain that got him these jobs, although all of those became important in his marriage. It was his pee. Dave’s pee was golden. 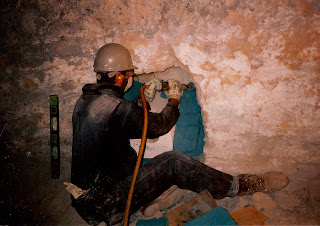 But now, it turns out, workers have been cheating the tests with false urine for years. Some have employed the urine of other animals, resulting in a workforce that tests negative for marijuana but positive for hoof-and-mouth. But most have purchased, legally, vials of synthetic urine. Sometimes these can be detected by underpaid lab employees by smell alone, but not always. It’s scandalous. It’s changed the whole game.
But for thirty years, Bromley Masonry, C.H. Murphy Refractory and I all had something in common. Dave was our number-one guy.
By Murr Brewster|2021-11-09T21:27:34-08:00July 10, 2010|Uncategorized|24 Comments