Wolf Testicles On The Loose 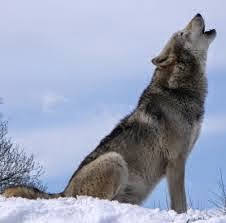 We’ve had a lone wolf wandering around Oregon for several years now, purportedly trying to find himself a date. And all this time I’ve felt kind of sorry for him. I mean, I know that’s what they do–they are allowed to hang around the pack for a few years as juveniles and then at some point they get punted out or they decide to leave on their own, and try to make a life for themselves. It makes sense from an evolutionary standpoint, not that they’re necessarily consulting that manual. You want to shake up the gene pool and have a lot more variability going for you as a species. That way, if anyone gets a particularly good genetic idea and there are stresses in play, they’ve got more of a shot. 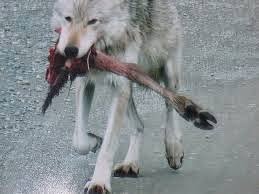 Still, this one seemed kind of sad. We’ve got, like, 24 wolves in Oregon. They got brung in on purpose, and ranchers have been pissed off about it ever since. Ranchers are an introduced species, and like many other such, they and their charges have kind of taken over. The wolves were nearly eradicated in the 1940s. They get a lot of bad press. Some of the wolves do eat livestock. A couple dozen cattle have been killed by wolves in the last decade, in fact. And those were cattle we were planning to eat, ourselves, so. Wolves have also dented up the coyote population, which should come out as a plus to the cattle population, but whereas field biologists might be able to tease out the ecological strands here, reg’lar folk find it easier to stick with whatever idea they started with.

All our wolves are up in the northeast little corner of the state, and here this one wolf–OR-7, he’s 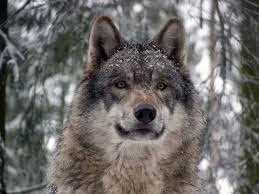 called, because the gene for creative naming is associated with people who work with quarks and not with people who work with radio transmitters–off he goes, all over the place, right through the whole state and into northern California, and mind you, we don’t have one of your piddly eastern seaboard states here. He’s traveled a long, long way. Looking for a mate. That’s what the biologists are assuming he’s doing, but maybe he’s just oversensitive to howling. Anyway, it’s a long shot. It’s like looking for a heart in Dick Cheney. 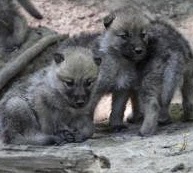 And yet. Do not underestimate the power of underutilized testicles riding on a four-paw operating system. Looks like OR-7 has found his match. He’s come back into Oregon and he’s found himself a girl. Scientists suspect denning has taken place. Somewhere, maybe, is a snoozing rumple of fuzzy pups, dreaming of our hamburger.