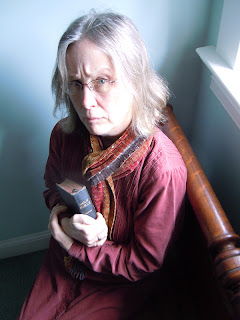 I can’t, in good conscience, call myself a good Catholic, for the same reason I can’t call myself a star-nosed mole. It would be disingenuous. So there’s a case to be made that I shouldn’t have anything to say about the new Catholic liturgy.

But I do have a small, yappy dog in this fight, because I am a language lover. And I believe that whenever possible words should stroke the ears on the way to the brain. I’m even okay with their not making it to the brain as long as they stroke the ears. There have been endless attempts to improve on God’s word over the years, but once King James got his stamp on it, they should have quit. “Consider the lilies of the field: they toil not, neither do they spin” is fine just the way it is. No reason to change it to “look at those lazy fucks.”

The liturgy encompasses many things, including the call-and-response part of the mass wherein the congregants can demonstrate to God that they are still awake. It isn’t necessary for them to be paying attention. That’s why it was serving its purpose even when it was in Latin. Anything repeated over the course of a lifetime is going to register as aural wallpaper anyway. We’re not thinking about it. We’re reciting it while thinking about a lot of other things we’ll probably have to confess later. If we had all been taught in school to recite “one nation, underpants, Indianapolis, with slippery anchovies for all,” we’d be fine with it. But if someone decided to change it, suddenly everyone would get all het up. We need these civic and sacred buoys to anchor our minds to, and we don’t want them coming loose and bobbing around.

Still, the liturgy undergoes periodic changes for various reasons. Or no reason. It’s like when a new supervisor comes aboard in the post office and announces we all have to start sorting letters with our left hands. He just has to think he makes a difference, just has to shake things up so people can tell he was there. It’s the same reason infants splat their strained peas all over the floor–to demonstrate their thereness. So every now and then a pope comes along and stirs the pot just to keep the church from becoming liturgid.

In the old post-Latin liturgy, that used to be the new liturgy, the priest intones “the Lord be with you,” and the congregants fire back with “and also with you.” I mean, why stop there? Why not say “same back atcha?” The proper way–which is to say the way I learned it in the Lutheran church–is “the Lord be with thee…and with thy spirit.” So now the Catholics have come back around. Now they’re going to say “and with your spirit,” which is good, although for my money, “thee” and “thou” have more stained glass and reverence in them. 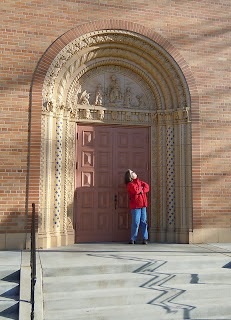 There are other changes. Instead of saying Jesus is “one in Being with the Father,” he is now “consubstantial with the Father,” which improves nothing. Worse, instead of positing that Christ died “for all,” now he only died “for many.” I know what that means. That means I’m out. Anyone can tell I’m out because of all the shit I write. But I’m only following in the proud tradition of Martin Luther, when he nailed his ninety-five feces to the door of the church.

Martin Luther had a lot of good ideas, notably that one should not be able to buy one’s way out of one’s sinful behavior. He raised such a stink about that that the church made him go over to a Diet of Worms. That must not have sat well, because lo, he descended into dickishness, even advocating the wholesale destruction of Jews. You could call that being ahead of his time, but I think it just supports my contention that people who are absolutely sure they’re right are not to be trusted. 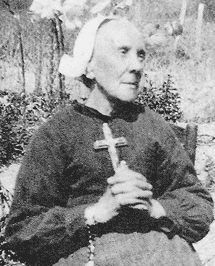 Which brings us back to the Catholic Church. In the late 1800s, a young woman named Marie-Julie Jahenny suddenly presented with classic stigmata: wounds to her hands, feet, side, and bruises on her shoulders where one might have carried a cross, along with rope burns and head punctures. And instead of taking her to a hospital and notifying the police, the Catholic Church put her on their first string and offered her a deferred compensation package in the form of sainthood after her death. No offense, but this is not a trustworthy organization.

Many Catholics are pretty steamed about the changes in the liturgy. They see it as an attempt to tinker with God’s word. Of course, God originally spoke Aramaic, but he picked up some other languages later on. Most folks couldn’t do that at his age, but he’s God. Anyway, some think that changing God’s word is the work of the Devil. Marie-Julie Jahenny predicted that some day someone would try to mess with the liturgy, and sure enough, in the ’60s someone did, translating the Latin mass into the vernacular and bringing about the collapse of the church, with the number of priests and nuns plummeting and hordes of the faithful embracing birth control. And many people think the change in liturgy is what done it.

I think it was the good birth control.