You Can’t Keep A Good Man Down 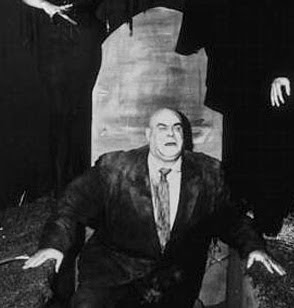 A few days ago, Tassos Papadopoulos, the former president of Cyprus, was lowered into his grave after succumbing to lung cancer. The actual succumbing occurred fourteen months ago, followed shortly by his burial. A year almost to the day after he was originally laid to rest, he turned up missing. The marble slab covering his grave had been moved and the ground disturbed. Authorities were perplexed. Ordinarily, people lose a lot of their value upon their death, just like a new car leaving the sales lot, and it only keeps going down as time goes on. Even Mr. Papadopoulos’ adherents could not be expected to miss him so gravely as to dig him up.

This has not always been the case. In prior centuries, body-snatching was quite the thing. Medical schools and scientists had a need for cadavers for dissection purposes, and the so-called Resurrection Men did a good business exhuming bodies to sell. Although this was illegal, it was not considered that heinous a crime to steal bodies once their previous occupants were done with them. Even then, though, the bodies lost value quickly, and efforts were made to retrieve only the freshest, leading some of the more ambitious entrepreneurs to introduce efficiencies by dabbling in murder, which was frowned on, especially when the victims were nice and white. 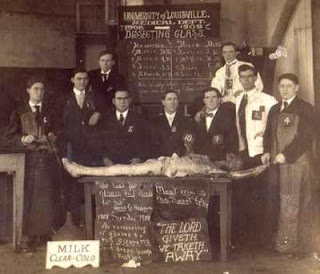 So in Cyprus, when the year-old corpse was dug up, no one knew what to make of it. Other than the marble slab, there had been no particular effort to protect the grave. It’s a far cry from the ancient Egyptian standard, wherein the bodies of kings were elaborately sheltered from harm, both from the living and in the afterlife. Pyramids covered labyrinthine tombs; the bodies themselves were embalmed and carefully enveloped in linen. Early on, Greek culture demanded similar measures for the more exalted personages, who were entombed after being lovingly wrapped in grape leaves, but the practice was largely abandoned in modern times when people found the yogurt dip off-putting. Mr. Papadopoulos was clearly left vulnerable. 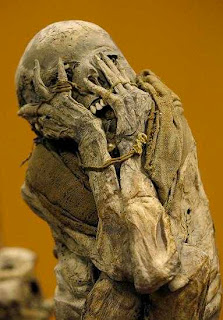 But what was the nature of this crime? It was just another puzzlement, much like the local burglary ring that targeted nunneries, or the Post-It graffiti gang. Perhaps the body was being held for ransom, but it is unclear whether the family had been approached. A local government office was rumored to have received a small package with a severed, decomposed ear and a note made up of letters cut from magazines, but the message was Greek to them and no one in the mailroom could figure out why someone would send them an old mushroom, so it had been discarded.
Acting on a tip, authorities recently found the body in a new, freshly dug grave on the edge of town, and after positive identification, it was reburied in the original grave, attended by family and supporters who shouted “Immortal! Immortal!” during the ceremony. This struck many as being an odd observation to make about a person who is being buried for the third time, but people have different perspectives on this sort of thing.
Three men were ultimately fingered for the dastardly deed, including one who allegedly directed the operation from his jail cell. He was serving time for the rape and murder of two women, and had previously escaped for over a month before being recaptured. After the new accusation was leveled, he is reported to have threatened a hunger strike, but thought better of it after jail officials seemed insufficiently upset about it. He is now mulling his options, which include Sitting Stone-Faced With Arms Folded During Skit Night, and Cutting Down On Sweets.
By Murr Brewster|2021-11-09T21:29:56-08:00March 20, 2010|Uncategorized|19 Comments