You Won’t Be Needing Your Head

Within the last few weeks, a garbage truck serving the local gas company in Montana caused a minor ruckus, and Pope Francis named over 800 new saints. These two news items have been packaged in the same sentence for you courtesy of Murrmurrs, the home of weird analogy.

The gas company, as we all know, adds an odor to its product so you can tell if you’re in danger of a natural gas leak. The gas by itself doesn’t smell at all. Most of us know what the fake gas smell smells like, but just in case we don’t, the gas company is happy to smack some on a scratch’n’sniff card and mail it to us. Recently, boxes of these cards were deemed expired, and had to be thrown away.

The pope’s new saints got that distinction by allowing their heads to be removed over five hundred years ago for refusing to convert to someone else’s religion. This is a tried-and-true method for achieving sainthood, but I’m not tempted.  I’ve never been all that hot on posthumous awards anyway. That’s one of the beauties of being an apatheist: if someone held a scimitar to my neck and demanded I give allegiance to the one true god, I totally would, because I don’t care. I’ve got no place to go when I die, and I’d just as soon put it off. 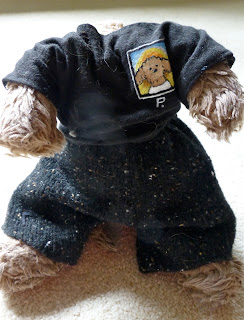 For the record, in spite of the fact that I hold no particular beliefs, I am against religious persecution. Put me down in the anti-persecution column in general.

But it’s hard to visualize all those headless saints lined up in the clouds without thinking that religious persecution ain’t what it used to be. You had your Charlemagne converting all of Europe at the point of a sword, you had your Crusades and your Spanish Inquisition, you had my forebear Elder William Brewster risking months of certain nausea to be free to inflict his religion on someone else, you had your witches roasting on a stake, and of course you have Mr. Hitler and his unfortunately tardy suicide.

Now we have people declaring that there is a war on religion. Mostly they mean a war on Christianity, since whacking Muslims is considered more of a patriotic gesture, and nobody gives a damn about atheists. Modern religious persecution covers the spectrum between A and B, between punting the little lord Jesus out of his manger at the town hall and wishing people a happy holiday. The healthcare mandate is implicated too, as there seems to be some threat that free contraception must be provided to employees in defiance of God’s will. So far, no one’s made much of a stink about keeping goat sacrifice illegal.

There’s been a concerted effort to get out the word that there is a war on religion. Talking points have 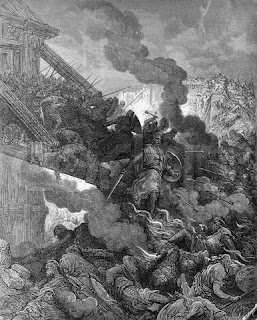 been distributed to politicians and the media, just like the fake gas smell on the scratch’n’sniff card. Enough of those cards get into circulation and you have a vigilant public passing on their own emails and heightening the sense of danger. The internet is buzzing with claims of persecution. Just the other day I read the bitter complaints of harassment by a woman who claimed all her online comments that mentioned Jesus were getting thumbs-downed. In fact, the horror of thumbs-downing is reaching epidemic proportions.

The garbage truck in Montana was the final resting place of boxes of those expired scratch’n’sniff cards from the gas company, and as it compacted them while rolling down the street, a whole neighborhood was filled with the manufactured smell of gas. The garbage company, let’s go ahead and call it Fox News, generated hundreds of panicked calls to 9-1-1. There never was a real gas leak, but it sure got a lot of people excited.