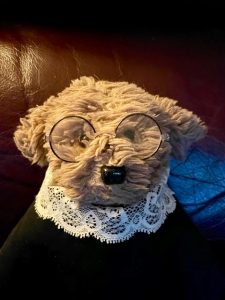 The Supreme Court justices filed in, black dresses fluttering, to consider the most momentous case in decades. Silence prevailed. You could hear a scrotum tighten. It had begun.

For several members of the Court, this was the moment they had been waiting for; they were basking in the glow of the Pearly Gates with their tickets all but punched, certain their efforts here would outweigh any prior episodes of bearing false witness while they stepped delicately around the truth in their confirmation hearings.

Justice Thomas sat back, motionless but for an idle finger-tap on his can of Coca-Cola that signaled he was thinking. He had a trap in mind, and needed to take care to achieve the target response from the lawyer representing Jackson Women’s Health, a known Satanic organization.

“So, the right, specifically, is abortion,” he concluded, leaning back, his face subsiding into a grumpy-cat mask, with the tiniest spark of triumph. Checkmate, he thought. Because if there’s one thing he knew, it’s that nobody mentioned abortion in the Constitution.

There’s nothing about women at all in the Constitution, the lawyer protested.

“Which is understandable, given their well-known propensity for hysteria,” Judge Kavanaugh pointed out, his face beginning to redden.

The solemnity of the Court was briefly breached by an outburst of agreement about the hysterical nature of women as bellowed by Rep. Jim Jordan, a block away in the Capitol building. There might have been spittle. Justice Thomas sat back, relaxed, with things well in hand, and worked on re-emptying his mind.

Justice Alito spoke up for the elephants in the room. “The fetus has an interest in having a life,” he said, “and that doesn’t change between before and after viability. What is the secular philosophical argument for saying this is the appropriate line?” he asked. “The fetus considers himself a spiritual person,” he went on. “The fetus likes long walks along the beach and world peace. The fetus would like a PlayStation 5 for Christmas, or will soon. At a cellular level, it’s quite possible he wants one now.” Alito smirked. He was confident he had nailed it, but thought if he just had the opportunity to peer inside a speculum at the entrance to an actual womb, just once or twice, he could be certain of it. Have Marge arrange field trip with speculum, he jotted in his notes.

“We don’t really have any business choosing for women, do we? Wouldn’t it make more sense to stay neutral, and leave it to the states to choose?” Brilliant, he thought, his balls quivering. P.J. and Squi should be here.

Lawyers for Jackson Women’s Health squinted in momentary confusion. Well right now every woman has the right to choose whether or not to have an abortion, so…

“But this gives more right to choose to the states. It’s, totally, like more rights and more choice.”

Yes, this would give state governments the right to choose to take away a woman’s right to choose. Yes. Lots of choice going on there. Basically, way more choice than now, in that so many get to choose for so many others. But…

“So, this allows the person being chosen to be unable to choose to feel some sense of community, which might be helpful under the circumstances. Sort of a community pregnancy, a win-win. And this way the Court could remain neutral.”

Neutral, Your Honor? Are you suggesting the Court should not make decisions? In which case, why don’t the Justices just get together every now and then for brunch, and not take any cases on?

Justice Kavanaugh smiled. Martinis, he thought. “Excellent idea. What do you think, guys? Wednesdays? I have a calendar right here…”

“Yoo-hoo, excuse me? Excuse me?” Amy Coney Barrett inserted, popping a little wave, her smile disarming. “I was just thinking—just my opinion, of course…”

Chief Justice Roberts, looking worried, motioned for her to go on.

“I was just thinking, you know? People are asking what’s changed in the last fifty years, and a lot has, really. I mean, these days it’s really not such a big deal to carry an unborn child of God to term, now that there’s no penalty for abandoning a baby. I mean, if you really don’t want a baby, all you have to do now is grow it inside you for nine months, and give birth—I’ve done it, the drugs are good, there’s maternity leave—and then you can just leave it in a basket in a hospital parking lot with a note and a twenty-dollar bill pinned to its diaper, and just like that, your worries are over.”

“I’d personally be willing to throw in a fruit basket,” she finished.