Your Brain Is Playing Telephone 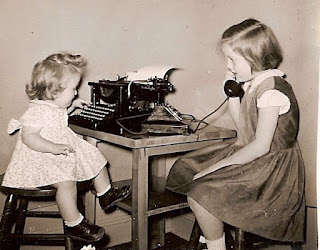 As a writer, I have observed that my output improves dramatically if I pause now and then to play Solitaire. It is so fruitful that I no longer even worry I’m wasting time, and I just go ahead and play whenever the mood hits.

A typical session might go as follows: black queen on red king, black six on red seven, turn, turn, OMG Camilla needs to be kidnapped and Hattie totally loses her shit in the next scene, three on ace.

It’s reliable and cheaper than running a hot shower all day, which is the other way to produce ideas. But I’ve been at a loss to understand how it works.

Neurotransmitters are chemicals that poot out of the pointy axon end of a neuron and get gobbled up by the fluffy dendrite end of the next neuron over. It’s the way they communicate. Without neurotransmitters, all our cells would just be a jumbled collection jostling each other on the platform, wondering when the train would arrive. But with neurotransmitters, our cells are lined up and whispering to each other in sequence, such that “Take your hand off the burner” eventually arrives in the spinal cord as “Tag Old Stan in the bunghole.”

The first named neurotransmitter was discovered in 1921 by a guy named Otto, who got to name it. He called it Vagusstoff, but he was wrong, it turned out to be acetylcholine. Anyway, ol’ Otto suspended two beating frog hearts in saline solution and molested one of them, causing it to slow down, and then the other one slowed down too, even though it was not otherwise involved. Also, all the frogs within a ten-mile radius dug deeper down into the mud.

The neurotransmitters in the brain cross over a gap between neurons called a synapse (Greek for “hole in the head”). There are gobs of neurons in the brain, and if you have a very small head like I do, they’re packed in really tight. In addition to the neurons, there are even more cells called glia. They are not well understood but appear to be the support crew. They’re either tightening bolts or sending out for sandwiches. In addition, they keep the neurons from rubbing up against each other and chafing.

It’s not really known if the adult brain continues to create neurons. For a while there it was thought to, because this was observed in rat brains. People were really pumped about that, because they were pretty sure the standard neuron allotment wasn’t cutting the mustard. Recently, it’s come to light that this might be a rodent thing, and primates more or less make do with what they started with. This would be depressing were it not for the fact that we’re already not doing much with the ones we have.

Back in oldener times, the brain was thought to be a wired-up electrical model. This was a daunting analysis in the days when people could devote hours to unscrewing every light on the Christmas tree to find the bad bulb. Nowadays we have a more nuanced understanding of brain processes, secure in the notion that if things go wrong we can always unplug, wait a few minutes, and plug back in.

And that’s where the Solitaire comes in.