Your Secret’s Safe With Portland Disposal And Recycling Company 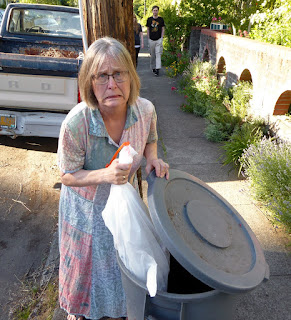 The Oregon Supreme Court came down on the side of Liberty the other day, and meth cooks are jiggling their teeth loose celebrating.

They found in favor of a couple of methamphetamine dealers and threw out their convictions based on the notion that Oregonians have a right to expect privacy in the matter of the garbage they leave out on the curb. Because it’s in an opaque bin with a lid on it, a universal sign for Not Yours, Mister Man.

Oddly enough, this conclusion is at odds with the big-boy Supreme Court in Washington, D.C., even though they’re way fatter fans of Liberty when it comes to things like the freedom of corporations to purchase congressmen and things like that.

In the Oregon case, police were suspicious of the couple when their trailer kept blowing up and highly unattractive people were coming and going and Walter White’s name was on the reserved parking space, so they had the garbage company hold out their garbage for inspection. Without a warrant. Which the court now says they should’ve had one of.

I’m a huge fan of this kind of decision. Big ACLU proponent, here. Unreasonable search and seizure is an important concept in a free country, but I draw the line somewhere the other side of my garbage. I do not, personally, feel I do have a right to privacy when it comes to my garbage. I’m throwing it out. That’s why it’s called garbage. If you don’t want someone finding something in your trash can, go dump it in a restaurant dumpster like a grownup. 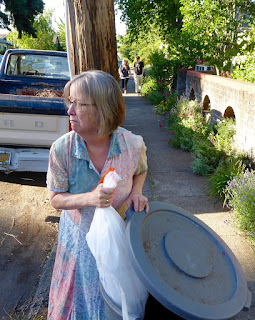 Maybe people should be required to go through our garbage. And I don’t say that because I have nothing to be ashamed of. I’m deeply ashamed of mine, and you should be too. Everything in our garbage can is evidence of our failure to conduct our lives in a sustainable manner. We did buy all that packaging. We did dump that appliance that only worked for a year. We did own a plastic singing fish.

The Oregon Court says even the garbage company isn’t allowed to look at your garbage. If your garbage man happens to notice a bunch of blood-stained bundles of meat that might plausibly be rearranged into a human being, he is expected to overlook it, and if it upsets him, he should’ve taken up typing. Because your private garbage is still your private garbage even though you’ve given it away.

The one dissenting justice thought this was nuts, and he said a garbage company should be able to take your garbage and “gift it to the police.” I object to that too. Nobody ever needs to “gift” anybody anything, for Pete’s sake, as long as the word “give” is still loitering around in the language. I’d be perfectly happy to instruction them about that later.