The Wheel Of Diminishing Fortunes 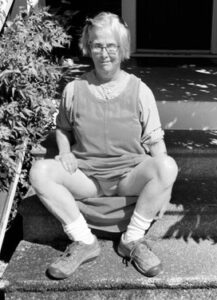 I figure I’m doing okay. Lately it seems like my friends are dropping like the stock market, but I feel about the same as ever, don’t take any pharmaceuticals, and hardly wet my pants much at all. It could be worse and probably will be. It helps to ratchet down your expectations.

This business of living doesn’t seem to change much from one day to the next, but after you’ve accumulated enough years, your whole life develops texture, murky bits, sediment, a sort of stew with eye floaters at the top and missing words sludging up at the bottom. And the Grim Reaper comes along and gives it a little stir every now and then.

Maybe you’re trying to fill out a form and it asks for your birthday and instead of letting you type it in like a grownup, it insists you scroll down until you fetch up on your year. As though you had all day for this. You feel like you grabbed onto the handle of that giant game-show wheel and gave it everything you got, brrrrrrrrrrrrrrrrtk tiktiktiktik tik tik tik tik   tik      tik and all you’ve done is poke a little hole into the previous century. Give it another mighty whirl and you’re in slouch socks and big hair and you’re still two good spins shy of Dwight Eisenhower. Yes, universe, I understand that it’s a lot of years, and I can still count that high, but must it be an aerobic exercise?

Or maybe you hear yourself telling the contractor that you just want a roof that will outlast you, and then you realize that’s not such a big ask anymore.

I have more than one friend who has said “If I ever start talking about my poops, just shoot me.” I guess that’s considered a sign of over-maturity, and if that is so, I have been very precocious. I am also informed that if you can’t stand on one foot for ten seconds without falling over, you’re probably going to die soon. Well, I’m as stable as an egg on end. I could flunk a sobriety test on chocolate milk. I should never have made it out of childhood, yet here I am.

There are ways to cope, to maintain serenity as you age. Willful ignorance is helpful.
When the biggest hug you get is from your own pants, you quit getting on the scale for a day or two. Months. Years, whatever it takes.

Or you practice self-acceptance. You might never have gotten the laundry done if the washing machine wasn’t on the way to finding the duct tape and you won’t remember what the duct tape was for until something important blows up or goes to pieces, but clean underpants, in the general scheme of things, are nothing to sniff at. 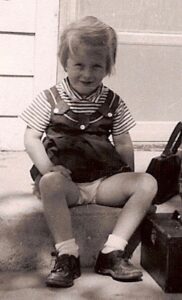 And you give yourself some credit. I always wanted to be a writer and maybe it took me 55 years to get around to it, but it’s better to be a late bloomer than to fail to bud out altogether.

Although, aren’t “late bloomers” the same thing as “old underpants?”

Which, in my case, are clean.